Catering equipment is durable, which speaks for its high quality. However, this leads to the fact that many old appliances are still in use. As long as an appliance is still working, there is often no consideration of replacing it. At first glance, this is understandable, but in the long run it can have negative effects, because in many cases retrofitting would not only be ecologically, but also economically sensible. These old inefficient appliances require a multiple of the energy compared to the modern high-tech solutions that are now available on the market. Depending on the type and age of the appliance, the purchase costs for a new one pay for themselves within a short time. From then on, cash and, of course, energy are saved.

An overall economic analysis and extrapolation to the approx. 160,000 commercial kitchens in Germany shows an immense savings potential. Until now, no data was available in this regard. HAW Hamburg recently estimated this potential for the first time in a study. For the product combi steamer alone, the projections show a probable savings potential of about 800,000 kilowatt hours (0.8 TWh) per year, which corresponds to about half a million tonnes of CO2. A similar value is assumed for the remaining thermal cooking appliances in total.

In addition to taking advantage of the general increase in energy efficiency within an appliance group over the years, it is also important to increasingly take advantage of technological leaps and make the switch.

Hotplates are a good example. Mass hotplates, as they are still widely used in the household sector, have a very significant disadvantage. The heating time is very long compared to gas or induction. The depicted graph is based on measurements by the manufacturer Maschinenfabrik Kurt Neubauer GmbH & Co. KG (MKN). Other sources show very similar values. The graph shows the boiling time for one litre of water. The technologies compared are induction, mass hotplate and open gas hob.

The problem associated with long heating times is that the cook is forced to keep the appliance at temperature at all times, even when it is not in use. Because the moment the order arrives, the cooking process must be able to start. Otherwise, there will be significantly longer waiting times for the guest and disrupted processes in the kitchen. Gas hobs and even more clearly induction hobs are comparatively very quick to reach temperature. This enables the cook to switch on the appliance only when it is actually needed. The resulting process optimisation in the kitchen leads to significantly lower energy consumption. This potential must be exploited.

Another technological leap has been made in the area of ventilation systems. This is one of the central components of a commercial kitchen. It fulfils numerous tasks, one of the most important being occupational safety, for which a lot of energy is used. However, the current state of the art also offers immense energy-saving potential here.

The ventilation system of a commercial kitchen must always be dimensioned in such a way that, when all catering equipment is operating simultaneously, enough polluted room air is exchanged to ensure an air quality that is as pleasant as possible for the employees and, above all, not harmful to their health. With conventional, traditional solutions, the ventilation system operates constantly throughout the day. Our industry has developed modern and intelligent solutions in which the catering equipment interacts with the ventilation system. Here, the air volume is adjusted to the fluctuating intensity of the production process. Since this happens automatically, there is no need to accept any restrictions in terms of air quality and occupational safety. Studies have shown that a reduction in energy consumption of up to 70 % is possible compared to traditional ventilation systems.

However, the more complex technology of intelligent ventilation systems results in somewhat higher acquisition costs. Depending on the commercial kitchen project, the costs increase by around 15 - 30 % compared to conventional solutions. This is offset by the significantly lower energy costs. Depending on the individual project, the investment can pay for itself in as little as two to five years.

In view of the investment backlog, it is reasonable to assume that acquisition costs that are perceived as high deter investors and are therefore weighted more heavily than the long-term reduction in operating costs, which would lead to a short payback period. In this respect, we believe that some kind of environmental premium or purchase subsidies would be the most promising political instrument. In this context, the replacement of old appliances should be subsidised at least for appliances that are 20 years and older. The study by HAW Hamburg sees a CO2 reduction potential of about 400,000 tonnes per year for combi steamers in this age category alone. 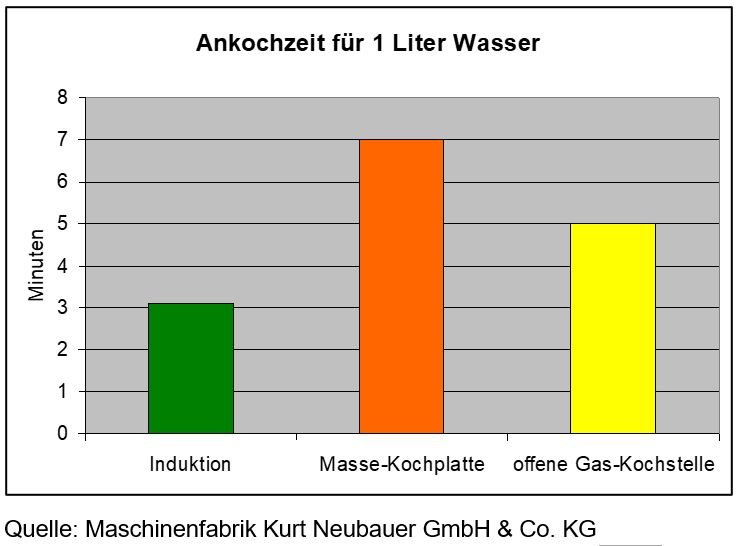